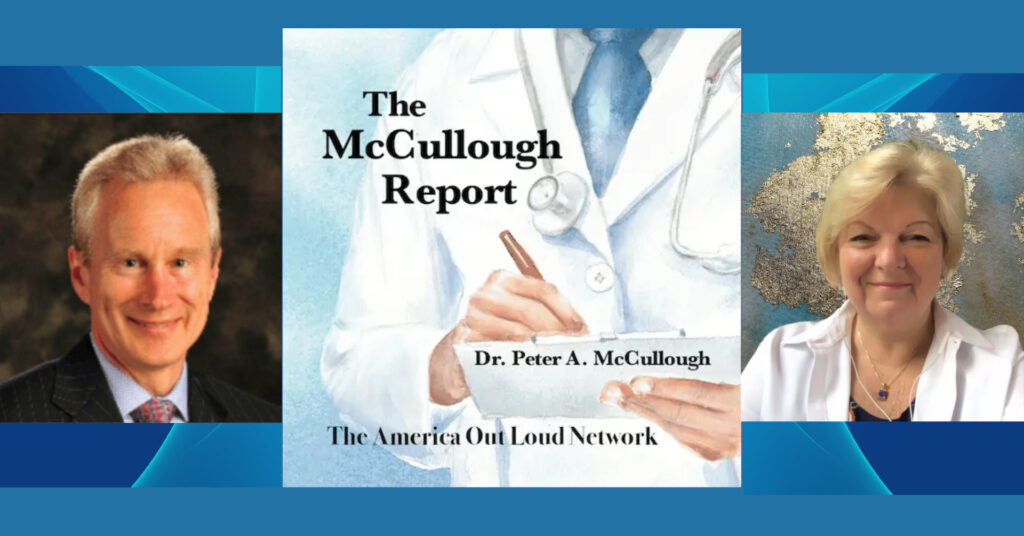 Dr. Peter McCullough and Dr. Tenpenny discuss the “other vaccines” on the Childhood Schedule. Two years into this Era of “The Covid”, more and more doctors, scientists, and medical professionals are opening their eyes to the fact that they have long been deceived by their Medical Associations, Colleges, Regulatory Bodies, Journals, and more. Dr. McCullough realized this after his experience with medical censorship and his collaborations and research with the Covid Shots.

Listen to this amazing interview as Dr. Tenpenny takes Dr. McCullough through a journey of truth that he has never heard in depth before.

Meet Jamie Walden, of Omega Dynamics. Imbued with matchless passion for all things “adventurous” and “fun”, Jamie’s teen years were filled with significant tumult (injuries, arrests, and choices of near life-long consequence). However, amid the rebellion and ruckus, Jamie continually endeavored to one day earn the title, “U.S. Marine”. After being nominated to attend the National Youth Leadership Forum on Defense, Intelligence, and Diplomacy in Washington, D.C., where he subsequently secured a nomination to the US Naval Academy, Jamie made the determination to simply enlist in the Marine Corps Infantry and achieve his childhood dream.

After leaving the Marines Corps, Jamie obtained a double major B.S. in Law Enforcement and History. Pursuing a career in Federal Law Enforcement, Jamie was selected as an Intern for the United States Marshals Service, and subsequent recruitment to a “Three Letter” agency. It was then, when Jamie received “the call”, that the Lord began testing and affirming the genuineness of his faith.

After again returning to Iraq in 2014 to serve the Christians suffering under the savage campaign of ISIS, Jamie and his wife Virginia were compelled to surrender their paradigm and follow the Lord into full-time ministry.

“The Mission of Omega Dynamics is this: to teach, train and equip “Those with ears to hear” to stand anew in their rightful place as more than conquerors in a kingdom that cannot be shaken…this generation is literally, eternally dying for us to”

https://media.blubrry.com/thetenpennyfilespremium/wordpress-675139-2217541.cloudwaysapps.com/wp-content/uploads/2021/DeepDiveaudiomp3m4a/07-22-21-Dr-Scott-Jensen-Deep-Dive-PREMIUM.m4aPodcast: Play in new window | Download (Duration: 34:11 — 23.2MB) | EmbedSubscribe: RSS | More Dr. Scott Jenson and his wife, Mary, a small animal veterinarian, have raised three very successful children – Cristy, an anesthesiologist, Matt, an estate attorney, and Jackie, a family doctor. He has served many organizations as a board member […]

Do You Want To Book Dr Tenpenny for an Event or Interview?